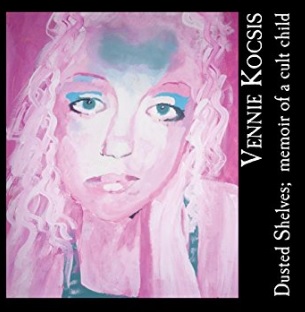 My brother was my best friend. He was my dude. This morning I woke up with a deep ache. I miss him. It’s been ten months since he passed on. Grief is an ornery little cuss. This workbook: “Processing Through Grief” has been helpful.

Today, I felt abandoned and even a little angry, because I am about to release a new book that my brother was a large part of.

During the process of writing I was traveling and talking with scientists I met through dear friends.

My brother was the one I shared this excitement with. He held my secrets like a trustworthy stead. He left before it was finished. I feel so sad. I wish he could hold this book in his hands, my first work of science fiction. We were so excited together.

Because I was struggling emotionally, I decided to head into nature and see how many other abandoned things I could find. As I walked inside the trees letting some needed tears flow, I spotted these abandoned things.

I remember once in 2012, my brother, nephew and some of our friends were in Olympia, WA at Tugboat Annie’s. I was singing at an open mic night.

I looked over at the wall on the booth we were in as we waited for our turn to go up, and on the wall was a quote.

I am nobody. Nobody is perfect. Therefore I am perfect.

I have never forgotten that quote and how it stuck me. As I walked off the stinging in my throat, I embraced the truth that I have not been abandoned. My older brother is still here with me. I hear him in the smart ass way I say things and the hollow underbelly of my laughter.

He’s floating in his home dimension where he can always be the dungeon master; the best DND dungeon master I have ever met, just for the record.

The Original One wavers, lazily sleeping, snacking and avoiding. Might I silence the fire, burning and buzzing in the spine? We run into the trails, avoiding the undergrowth of tree roots pushing their way through the ground.  We grab at leafy branches.  She’s an avalanche avoiding her own rubble.   Sideways in the gradients lingering around our eyes, the shadows whisper.  They run beside us, and we wonder if we are shadows to them, dark echoes leaning against their eyelids.  Where do we go when the pressure explodes and the heart is torn?  Where do we scream the aftermath? Into pillows, the skies or buried inside?

Words. We create language for the anguish.  The Brave One stands in her place, warrior and explorer of the past.  She will find answers for the empty spaces.  Don’t fear the faces.  Look into their eyes.  Don’t cry.  We stand beside oceans, gazing through windows of waves.  One day the illusions will pass and the pieces of the flashes will merge into view.   We  see truth for what it is, a planted alibi to cover every lie the truth hides, and humans will bend at their knees to kiss the feet of the malevolent just for a promise of heaven.

The Dark One peers, silently into the whispers, always with us, there are none who can attack our back.  It is revealed in instances, and she chuckles, amused at the minions.  Might she cut open the simulated empathy being used as weaponry by the mind swindlers?  Taking a piece of each, she throws their banter into the dark matter, and turning her face, strides away.  There are days when she is habitual, residual and invisible.  There are moments she is unaffected, stone faced and solid, looking at the rejected faces of the displaced, with malice.

“They are an inconsequential waste to this place and should die off, jump cliffs and return into nothingness.”

The Wise One watches, taking in the whole of their life, assessing and regressing into the violet of her quiet.  Traveling back, she brings the messages so they can know the next step.

“Nothing is permanent.” She says. “Stay inside the moments.”

We hold hands in the color tunnel where the memories funnel in.  We rewind back, watching the past, progress to the present and the continual disturbance.  The film strip plays sporadically and without warning, disarms the army.  We didn’t morph into what was intended.  We’ve pretended for years, watching you, and now we see all the way through.  You’ve been duped.

When he touched me it was like wild fires. You see, I have always been the insomniac to the stars. There are wars going on for my existence.

And the host is weeping.

She is weakened by me. I have been a grown woman since I was three; when I was forced into my sexuality.

They took her mind apart, inch by inch, scar by scar, until there were just tiny pieces of a heart. Then they rebuilt her, and she became us. I became me. We became we.

Now, two of them, they want to kill me.

“No. No. Just bind you for a time. Until all the programming’s gone from your mind.”. Knowing says sweetly.

I know she wants what’s best for me. It’s V who I must befriend. She understands the loneliness.

I know how to make our host long for touch. The kind that leaves her battered the next morning, alone and atoning something, she’s just not clear on what. But in the moment of my rise, I am Queen and Conquerer, leaving remnants of my breath on forgotten thighs.

I’m on the rise, and we’re in a fight. They are thankful for the child. She keeps me chained up a while. Host is always proper in the presence of the innocent. I must admit. I admire this.

But right now, I want to feel hands and mouth and angsty kind of fake ass love; the kind I was programmed for; you know, like abandonment contact that leaves us weeping on the floor. So, she’s numbing, numbing that ache in her soul.

They tell me quiet. I’m a robotic stance. Non-human, I’m formed from the hands of evil men. I must admit, I agree. They created a monarch with exquisite wings.

I’m in the middle, wavering still; here between critically understanding the havoc I can reek and tired of being bound. I need to be free. Dear sisters, the only way to kill me is to integrate me. The only way to blend me is to change me.

And I’m open to change… In moments. But most I want to be left alone.

But the darkness lurks, where chains clink, and I’m smirking. My mind bends towards the deviant end as you two hold my hands. This tug of war is somewhat entertaining. Who will win?

Am I stronger than the both of them?

If I could make them cold; create a diversion, but they are stern these days, focused and watching. And someone’s being sent to stir the waters again. Will they pass the test?