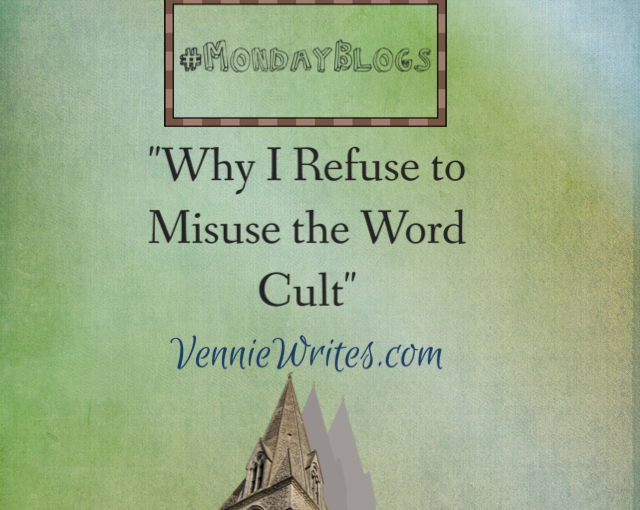 There are linguistics experts who teach us that language evolves and changes over time. I cannot disagree with that.  Still, there are many instances where we must look at language in a deeper way. Linguists experts examine the structures of languages and the principles that underlie those structures. They study human speech as well as written documents.

Pictures and Hieroglyphics evolved to Mnemonics which evolved into regional languages. There are code languages like Cockney and Urban slang, used by oppressed groups as a way to communicate so their enemies could not understand what they were discussing.  In essence, they use language as a form of self defense.

I have spent many years studying words that have been turned against humanity; words which, some, once held a deeper meaning. I’ve also explored the possible agendas.  I call these “change agendas“; when there is an intent to purposely, over time, change the meaning of a word in an attempt to trick and skew the mind.

Let’s start with the word “Illuminati“. In a conversation the other day, someone said to me “Well, I use it because that’s what everyone knows.”  I, on the other hand, refuse to use it as it has been termed, because I will not give over my own energy in the way it is being used.

What is the meaning of Illuminati?

il·lu·mi·na·ti
iˌlo͞oməˈnädē/Submit
noun
people claiming to possess special enlightenment or knowledge of something.
“some mysterious standard known only to the illuminati of the organization”
a sect of 16th-century Spanish heretics who claimed special religious enlightenment.
plural proper noun: Illuminati
a Bavarian secret society founded in 1776, organized like the Freemasons.
noun: Illuminati

What is the meaning of Cabal?

ca·bal
kəˈbäl,kəˈbal
noun
a secret political clique or faction.
“a cabal of dissidents”

Imagine the private elite meetings, where the Cabalists laugh about how the world calls them illuminated. If you are a believer that words hold power, think about where you are directing your energy, using a word which implies that individuals who enact immense harm on other humans are the love and the light of the world.

The Cabals of Earth are far from being “illuminated”.

Let’s move on to the word whore. In my study of the sacred whores, I discovered “The Sacred Female” by Art Noble.   He has recently passed on, a sad loss of a kind acquaintance and an amazing researcher. There was a time BCE, when the Sacred Whores were revered, spiritual women, extremely particular with whom they coupled, usually Kings, Emperors; men of royalty.

“In Hammurabi’s Code of Laws, the rights and good name of female sacred sexual priestesses were protected. The same legislation that protected married women from slander applied to them and their children. They could inherit property from their fathers, collect income from land worked by their brothers, and dispose of property. These rights have been described as extraordinary, taking into account the role of women at the time.”

The Sacred Prostitute: Eternal Aspect of the Feminine By Nancy Qualls-Corbett

If the Jesus of the Bible was an enlightened man, it would be a fair deduction that he would have chosen to couple with a Sacred Whore such as Mary Magdalene. Yet, as the creators of religion were enacting the dis-empowerment of women, they gradually turned this word into a negative.

So if someone calls me a Whore, attempting to insult me, I smile and say “thank you“. It is a compliment, as I actually am highly spiritual and particular about with whom I share my body.

Cult is another word which appears to have a change agenda attached to it. Originally applied to Christianity by Christians, it is derived from Latin and means “to worship.”

Definition of cult
1
: formal religious veneration : worship
2
: a system of religious beliefs and ritual; also : its body of adherents the cult of Apollo
3
: a religion regarded as unorthodox or spurious (see spurious 2); also : its body of adherents
4
: a system for the cure of disease based on dogma set forth by its promulgator health cults
5
a : great devotion to a person, idea, object, movement, or work (such as a film or book) criticizing how the media promotes the cult of celebrity; especially : such devotion regarded as a literary or intellectual fad
b : the object of such devotion
c : a usually small group of people characterized by such devotion the singer’s cult of fans; The film has a cult following. (Merriam-Webster)

Enter the era of mind control, secret government operations like Jim Jones, the possible testing of mind control through religions, or government programs hidden inside of a cult, and the use of the word cult as it originated in reference to religion.  Suddenly religions did not like the word they had created being applied to them, because the world now thought of Jim Jones or Charles Manson.  Enter the change agenda.

Separating religion from the word cult, through experts, organizations, academic publications and media, even though the dictionary still clearly defines its origin to this day, has been a subtle and effective agenda.

Ever heard of The Mandela Affect? If you are told something enough, or if a group that you follow tells you something is truth, you will not hesitate to believe it, even if you have access to information that would tell you that truth is not correct.

One truth that cannot be changed is that, by definition, all religions are cults. If you worship, you are exuding cult behavior. One could ask, then, are all cults bad? I suppose that would be up to an adult to decide. However, I say that anything which teaches the human to work hard and achieve, just to give that “glory” credit to an invisible entity for which their is no proof, is a purposeful dis-empowerment and a subtle mind control trick that keeps human self-empowerment wavering.

Some cult experts seem to dislike it when I discuss the issue of the change agenda in regards to the word cult. I also find it quite odd that so many religious individuals have ingrained themselves into cult advocacy work and institutions. This means cultists are essentially “helping” cultists. See the problems here? Can the brainwashed truly help the brainwashed? One may say that if someone is still worshiping, then they are still under cult thinking, after all, it’s merely the definition of the word.

You are being programmed through language. I highly recommend that you read Cathy O’Brien’s blog post on Neuro-Linguistic Programming. I recommend that you study neuro-linguistic programming and understand when it is used against you, it is a powerful and dangerous weapon. One thing I can guarantee, is that you will not look at language the same. If you are a mindful individual you may be more cautious with how you use words, and the energy with which you project them.

Enlightened Ones, We are the Illuminati. Take back your power by being extremely aware of your words and the intent with which you speak them.

Sacred Whores, continue revering your bodies, being spiritual and extremely particular about who you share your body with.

Religious humans, accept that you have, through indoctrination of worship, become a cultist.  Ask yourself why you can’t 100% believe in yourself. You came to this planet with the Knowing of your own DNA. Wipe out all programming and listen to your OWN body’s DNA cells. They are trying to talk to you, but you have been handed a band-aid cloaked in joy which has become a mesh that buries the sounds of your existence.  Learn to enjoy being silent long enough to hear your OWN voice.

Language is incredibly powerful and stays inside your psyche until you choose to correct it and/or reject it. Choose your words wisely. You are projecting energy every time you speak. Science has proven that your DNA can be re-programmed by words and frequencies. Don’t believe me? Give it a try yourself.

Vennie Kocsis is the author of CULT CHILD, an Amazon best-seller in cults and religion – 2016/2017. She is an advocate against child abuse and indoctrination. She is currently writing RISE OF SILA, the sequel to CULT CHILD. Her other publications and art can be explored at her Official Website.

2 thoughts on “Why I Refuse To Misuse the Word Cult”